Here we have a shortlist (neither numerical nor in any semblance of order) of the books that I count among my favorite reads this year. One thing that's surprisingly not on the list is Ligotti's The Spectral Link. Why? Because one short story was vintage Ligotti and the other was... not (and 50/50 doesn't cut it on this list!). So have a gander. Maybe you'll see something you haven't read. Maybe you'll see something you were on the fence about. Maybe you'll just see reiteration of what dozens of other people have said before. Regardless, here they are, my....

Books of the Year! 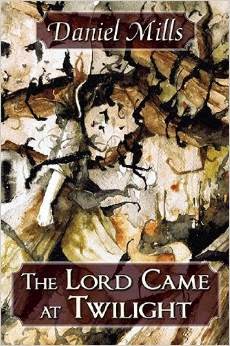 The Lord Came at Twilight - Daniel Mills: You know that feeling you get when a sordid fact about a beloved historical figure comes to light? Like when you first found out your favorite dead writer was a horrible misogynist or when the human rights leader you idolized as a teenager was revealed to be a serial adulterer? Yeah that feeling -- the feeling of realizing history isn't a shiny marble monument, but a weathered rock under which hides innumerable many-legged nameless things. Well, The Lord Came at Twilight is rife with this feeling. Mills manages to take snippets of American history and thoroughly cast them in deepest shadow. And the style? Neo-Hawthorne, Post-Poe, Modern Melville. This collection is a revival of Dark Romanticism melded with cosmic horror and the weird, and it's glorious. 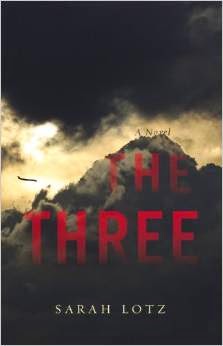 The Three - Sarah Lotz: I adore fictional non-fiction. I adore apocalyptic fiction. If you combine the two, you're already more than halfway to a book that I'll enjoy. Lotz writes exactly that sort of novel and she writes it well, documenting four simultaneous plane crashes each with its own sole survivor. The book moves into the social and cultural ramifications of such a seemingly inexplicable scenario: particularly, the eschatological narratives and doomsday movements that might erupt in its wake. There's also a heavy dose of weird, cosmic terror in the novel (as perhaps the apocalyptic doomsayers aren't entirely crazy) as well as solid critiques of organized religion and mass media. Apparently Lotz is writing a sequel and, though I usually have my doubts about the necessity of sequels, I'll eagerly anticipate this one. 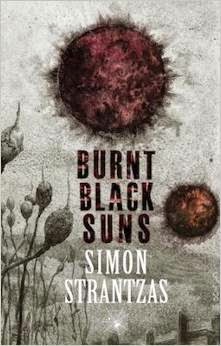 Burnt Black Suns - Simon Strantzas: I love Strantzas' last two collections (and, someday, will find a copy of his first within my modest budget), so it wasn't much of a surprise that I loved this one, too. The usual Strantzas flourishes are here -- delicious Aickman-esque ambiguity, a focus on terror over horror, just barely glimpsed reveals of deep time and cosmic otherness -- and they're all working at the highest literary levels, but in this collection Strantzas provides something that we haven't seen much of from him: longer, near-novella length stories that provide slower, dread-inducing burns rather than quick slices to our throats. It's a slightly different direction from Cold to the Touch and Nightingale Songs, but one that works masterfully. 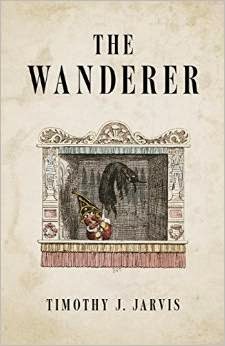 The Wanderer - This is as close to the novel that Thomas Ligotti would write if Thomas Ligotti ever wrote a novel. Okay... if that doesn't explain why this book is on the list, then let me elucidate. What you have here is, ostensibly, a collection of short stories all bound up together with an overarching plot. Each story provides a different take on the myriad unnamed horrors of the universe and helps weave an apocalyptic tapestry that's gradually revealed over the course of the umbrella narrative. The writing is dense and amorphous, like an near-impenetrable fog, and helps to further the atmosphere of uncertainty and looming threat that pervades each story and the novel as a whole. Great stuff. 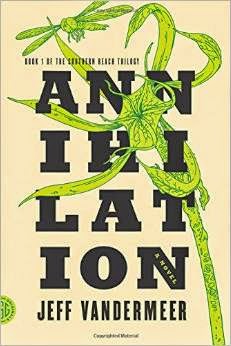 Annihilation - Jeff Vandermeer: First off, I have to say that the entire Southern Reach trilogy (of which this is the first book) was the most ambitious literary project in the speculative fiction world this year and, from my humble perspective, it was a success. Though I do have some issues with the conclusion of the trilogy (which I can further elaborate upon if you ask me), the entire trio of books help move weird fiction further into the vernacular of mainstream literary culture and rightfully so. Ranging from horror and adventure to spy procedural and existential meditation, the three books present a vivid narrative of the unknown as it bumps up against our staid, supposedly civilized world. Book one -- Annihilation -- is the most tightly written and terrifying of the trilogy. It's also the most ambiguous and provides a most sublime vision of the unknown. For those reasons it's the gem of the trio. 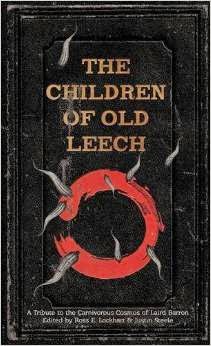 The Children of Old Leech - Various, ed. Ross E. Lockhart & Justin Steele: This is the best non-"Best of" anthology this year. Every single story in here is engaging and disturbing and all of them take off on distinctly different variations of the "carnivorous cosmos" theme. It's a tribute anthology, yes, but it's much more than that: it's also a sampler of some of the best writers working today in the horror and weird fiction world. Twenty, thirty, forty years from now, people will look back on this and say it was a landmark anthology that captured the zeitgeist of the era. 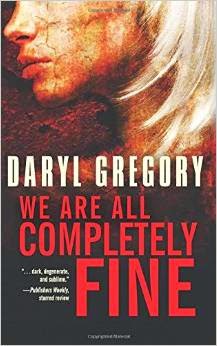 We are All Completely Fine - Daryl Gregory: The premise of this novel (novella? it's length is somewhere in between) is that a group of survivors from various horror scenarios come together to form a support group to discuss their issues and heal some psychic wounds. It plays on my predilection for stories-within-stories, as each member of the support group's background is it's own encapsulated narrative that furthers the overarching plot. Beyond the structural appeal, you have a solid tale of horror populated with interesting characters and underlined with a message that perhaps some psychological traumas lend us invaluable experience, attributes, and strength of will -- even as they ultimately destroy us. 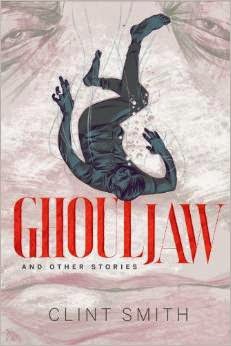 Ghouljaw - Clint Smith: This was a year of promising and exciting debuts, and Smith's collection fits that mold. In here, you'll find contemporary, gritty reworkings of Poe and Lovecraft garnished with hints of Straub and Aickman. There seems to be no subgenre that Smith can't tackle, as he transitions easily between weird cosmicism to classical ghost story in an instant. It's that range which excites me most and should keep Smith on your radar well into the future. 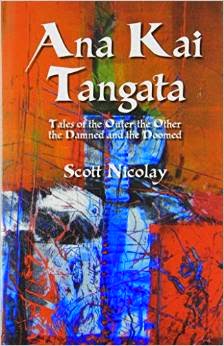 Ana Kai Tangata - Scott Nicolay: Another in the line of promising and exciting debuts, we have the much discussed and somewhat controversial first collection from Nicolay. What you have here are several novella (even novel) length pieces that adeptly explore the weird and embody the inexplicable. Yes, most of them are pretty long and slow-burning, but the project here isn't to punch you in the mouth; it's to lull you into normalcy so that when terrors softly creep up beside you and lay a clawed hand on your shoulder, you don't quite expect it. In this way, the weird enters as a greater violation of the conventional order of things. Add to that the fact that Nicolay is masterful at creating place and building character, and you have a fine debut, no controversy needed. 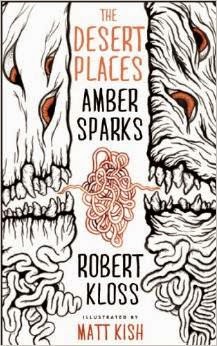 The Desert Places - Amber Sparks & Robert Kloss: This is a very small book (both in length and in physical dimensions), but, like the deepest, darkest, tiniest black hole, this little tome has intense crushing power. Mythical and phantasmagorical, Desert Places is a brief history of evil from before time to the present, as related through the eyes of evil. It's visceral, it's got cosmic overtones, and it's pretty damn grim, but it's also mellifluous and a second cousin to epic poetry. Brilliant work. 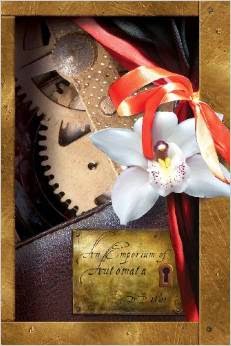 An Emporium of Automata - D.P. Watt: Watt had another collection come out this year that I haven't yet read, but it was this one that I dipped into and fell in love with. The word that comes to mind most frequently when I think about the stories in here is "understated." Everything about Watt's writing is controlled, intricate, and precise without being stark or minimalistic. You'll think the stories in this collection are merely strange, but work through them a few more pages, and you realize you're deeply embedded in a bizarre, if not implicitly terrifying narratives. There's also a latent arcane quality to many of Watt's stories and some undercurrents of steampunk. Close to a blend between Ligotti and Aickman, Watt's work is not quite like anything else out there right now. Definitely worth your time. 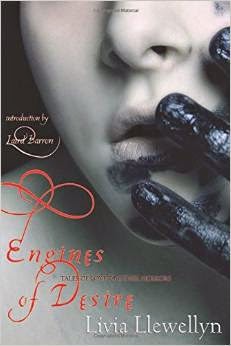 Engines of Desire - Livia Llewellyn: I'm really late coming to this one, too, but I'm glad I finally did. After reading -- and loving -- individual Llewellyn stories in various anthologies for a couple years, I snagged this and was blown away. The stories in this collection are dark and sinewy; they slither into your mind like oil-slicked vipers seeking a warm den in which to devour their prey. Llewellyn's lush prose lulls you into a seemingly safe, beautiful space and it's from this false haven that she shreds you with grim, near nihilistic pronouncements of motherhood, love, sex, the unforgiving cosmos, and human nature in general. Astounding in every sense of the word. 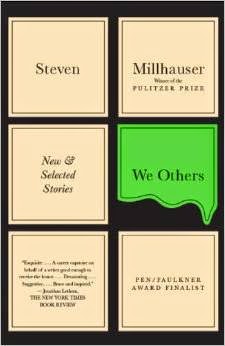 We Others - Steven Millhauser: This was the year I discovered Millhauser and he's vaulted into my list of top contemporary mainstream authors. I could've listed any of his collections here (I read four of them this year), but since this is a retrospective, I thought it fit best. My favorite Millhauser tales are those in which the narrator is a strangely universal "we," and there are several in this book. This particular volume is worth its purchase price for the opening story, "The Slap," alone (and it's one of those "we" stories). A tale of how unexpected violence impacts our lives and our perspective on the world, "The Slap" is equally bizarre, mysterious, foreboding, and poignant -- descriptors that could be mentioned in relation to most of Millhauser's work. Genius stuff here, people. Genius stuff. 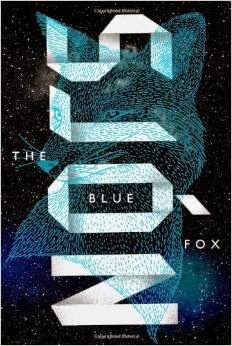 The Blue Fox - Sjon: This was also the year I discovered Sjon, but I'll keep this one brief, because Sjon would appreciate it, I think. Take Cormac McCarthy. Add magic realism and fabulist tendencies. Set in Iceland and utilize Icelandic myth as the ink for your quill. Alternately mystical and visceral, beautiful and grim, this novella (as well as the novels From the Whale's Mouth and The Whispering Muse, which also could have been listed here) are dark Icelandiana.